The philosophy of the school is essentially based upon the belief that every human being is unique and has the potential to rise to the true happiness which lies in living in harmony with nature.

"Learn to live", the motto of Mother Divine Public School revolves around the aim to give everyone an opportunity to learn and emerge as a valuable asset for the nation. We at Mother Divine believe that the Divinans hold aloft the torch of truth and righteousness as we guide others along the path that leads to peace and tranquility. The school stands upon the four pillars of Divinity, Humanity, Excellence and Integrity of mind body & soul. 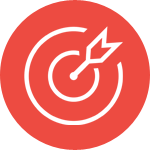 The school's mission is to spread the nectar of education and to bring awareness amongst the masses. A child who seeks admission should be completely transformed as a responsible citizen when leaves the school to enter the world. 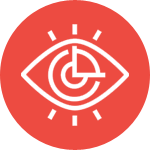 The school holds a modern outlook for the education seekers irrespective of caste, creed and gender. The school is for the integrated development of the child and will remain focused for the masses. The school will strive for the stress-free open environment for the students as well as for the members of the staff. 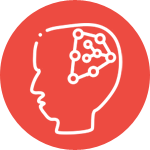 MDPS believes that the only way to develop a society is through imparting quality education. The spread of the quality education is possible, if 'a school is people oriented, affordable devoted institute of the area.'

In order to lift the society, education should be available even to the most down trodden citizen.

"A journey of thousand miles begins with a single step......"

The institution, one of the leading schools in Delhi, is a recognized composite coeducational Sr. Sec. School. It was founded in 1991 by Late Sh. Manoharlal Budharaja, a philanthropist an educationist and run by M.D. Memorial Charitable and Educational Society a non-profitable society. Though the school started its journey as a Primary school, but, through the sincere and dauntless efforts of the management and the faculty, made it to rise to the status of Sr. Secondary School by the year 1997. During the last decade, it has made progress by leaps and bounds and carved a niche for itself in the vicinity to achieve glory of success. All it is possible under the able guidance of Ms. Eshaa, the swashbuckling Principal.

The institution, one of the esteemed schools in Delhi, is a recognized composite coeducational Sr. Sec. School. It was founded in 1991 by Late Sh. Manoharlal Budharaja, a philanthropist an educationist and run by M.D. Memorial Charitable & Educational Society.

Design and Developed by Candour Systems